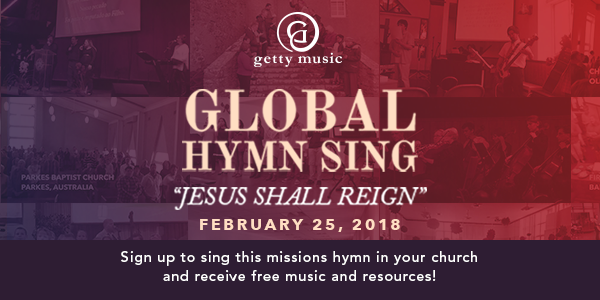 Our church will participate in a Global Hymn Sing, Sunday morning, February 28.  29% of the world’s population live in places where they have little or no access to a Bible, a church or a believer. That’s over 2 billion individuals, or 6,900 people groups that are considered unreached and in need of someone sent from outside their community to share Jesus with them. This year our church to join thousands across the globe from many nations to lift voices together and sing this setting of Psalm 72, proclaiming in faith that one day: Jesus shall reign where’re the sun, Does its successive journeys run, His kingdom stretch from shore to shore, Till moons shall wax and wane no more.” “Jesus Shall Reign” has been a famous missionary hymn for generations and was sung by the great missionary and Olympic sprinter Eric Liddell (Chariots of Fire) at the train station in Edinburgh as he embarked on a missionary journey to China. While interned during World War 2, Eric served alongside China Inland Mission (now OMF) workers, along with other organizations. He even gave his running shoes to a CIM mission kid named Steve Metcalfe, who he challenged to become a Read More

Support Our Ministries to the Community